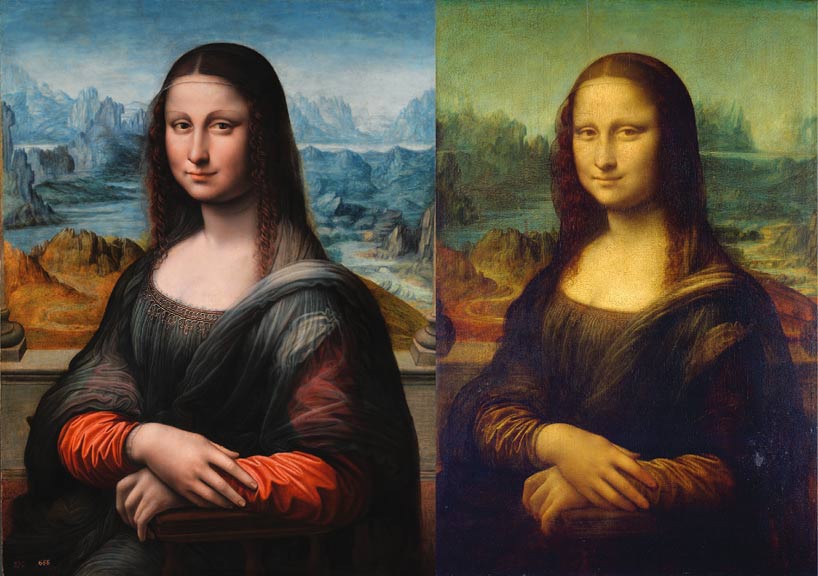 “Art should make us feel more clearly and more intelligently. It should give us coherent sensations, which otherwise we would not have had. That is what brought me to this city. That is what market culture is killing.” – Robert Hughes

The Mona Lisa Curse is a Grierson award-winning polemic documentary film by art critic Robert Hughes that examines how the world’s most famous painting came to influence the art world.

Robert Hughes describes the Mona Lisa as an image so familiar, it’s been deprived of meaning. He sees the most beloved woman in her portrait, transformed from artwork to celebrity icon.  When it comes to the contemporary art world, the UK artist Damien Hirst is one of the most prominent artists from the group YBA (Young British Artists). His infamous artwork such as “Shark” and “Skull” are emblematic of what the art world has become. Upon hearing Hughes’ bold statements about the past, present and future of the state of contemporary art, what possible correlation can be drawn between Leonardo da Vinci’s Mona Lisa and the artwork of Damien Hirst?

In his controversial documentary, Hughes argues that both pieces are bound by the shift in the art world to money. The shift has unfolded over the past fifty years with the hefty inflation of art prices. Besides for the drug market, the art market remains the only unregulated and notoriously opaque marketplace. At the end of 1962, the Mona Lisa left its home at the Louvre Museum in Paris, France for New York and with the journey, created new expectations for art. Over a million visitors came to the Metropolitan Museum of Art during that one-month span, in order to see the masterpiece. For the first time, the modern world made the leap from viewing the Mona Lisa as an artwork to seeing it as an object of mass consumption. Visitors no longer came to look at and admire the Mona Lisa but rather to “have seen” it. Hughes argues that this event has been a ‘curse’ on how art is made, controlled and most importantly, experienced.

This idea draws a parallel to the present notion surfacing in the art world of ‘seeing and being seen’. In a generation governed by social media icons and Instagram photos, the way in which we are ‘seen’ or at least portray our lives seems to take precedence over the way in which we actually experience it. Did you really go to that new museum exhibition if you don’t have the social media photos to prove that you were there? Might you have had a more intimate experience with that artistic masterpiece had you not been looking for the perfect angle from which to take a photograph with it?

Hughes saw this as a vision of the future of the art world. Art as a commodity began to take over the notion of high art. The 1980’s were a decade of excesses with the shift from aesthetic to money. For the first time, art collectors were treating their collections as investments, with Robert Scull, a taxi tycoon turned to a high-profile art collector, selling a Jasper Johns at a Sotheby’s auction for the highest price anyone had ever paid for a work by a living artist. Moreover, artists began picketing and the Imperialism of the art market comes to the forefront. Hughes states that the cultural function of these prices is to strike you blind so that you can’t make your own judgments.

The same issues seem to resurface decade after decade, as questions continue to arise regarding artist royalties with the resale of artwork, rising prices at auction and the practice of buying artwork for purely investment purposes… But then again, there are so many variables that determine the value of art. One can question whether it’s even possible to buy art for mere financial gain because the return on the investment of artwork is so unpredictable.

Giorgio Armani Retrospective at the Guggenheim Museum in New York from Oct 2000 to Jan 2001.

With money comes power and those funding museums often influence the taste of the museum’s collections. Moreover, museums begin to adopt strategies of mass media such as the celebrity masterpiece, the spectacle and viewing artwork through the lens of a camera. All of these elements have changed the museum-going experience immensely. Hughes argues that museums have become brands and as branded institutions, museums have the obligation to be populous (Thomas Krens’ controversial Giorgio Armani show at the Guggenheim still lingers..). He believes that the art market has transformed the museum into a commercial model and that artwork as a spectacle loses its real meaning, disconnected from any real context. Is this foreshadowed by the uncomprehended admiration for the Mona Lisa?

Can we think of any other masterpieces that we have an unending admiration for, not because of our personal experience in front of the artwork but because we have been shaped by culture to admire the piece? What about museum branding, a whole topic in and of itself… Think about how many museums have rebranded themselves in the past ten years in order to increase audience development and engagement.

Damien Hirst and The Physical Impossibility of Death in the Mind of Someone Living, 1991 | Image source: newstatesman.com

The Obsession and Addiction

Think of the ego and the feeling of engagement for discovering an artist. Collectors and dealers are now on obsessive quests for dealing stock at art fairs. Art fairs attract the wealthy, while the contemporary artwork is the trophy for which these people compete. The obsession and addiction is real. In turn, this hunger for art has changed the way that art is produced – production must be accelerated. Andy Warhol was the first to embrace this principle of mass production. He had a “factory” for production and branded and prided himself as a celebrity businessman. Later, Jeff Koons and Damien Hirst followed in his footsteps – a new type of artist for a new type of artwork. Star artists continue to dominate the market.

Robert Hughes says that when the Mona Lisa left the Louvre, the meaning stayed behind. The whole discourse of ‘Art and Money’ aside, what are the real implications for the future of the way that we experience artwork? One thing for sure is that the art world continues to clench its obsession and addiction over, those art, high, low, and all the shiny trophies and objects-of-desire in between.