The Pulitzer Prize was established in 1917 after Joseph Pulitzer, arguably the most influential newspaper publisher in the 1880s, left instructions in his will to give money to Columbia University. The funds were to be dedicated to the launching of a journalism school and to establish a prize composed of “four awards in journalism, four in letters and drama, one in education, and four traveling scholarships” – the Pulitzer Prize.

For 100 years, the Pulitzer Prize has celebrated excellence in journalism and the arts, gaining it the reputation of the U.S.’s most prestigious award in journalism, letters, and music. 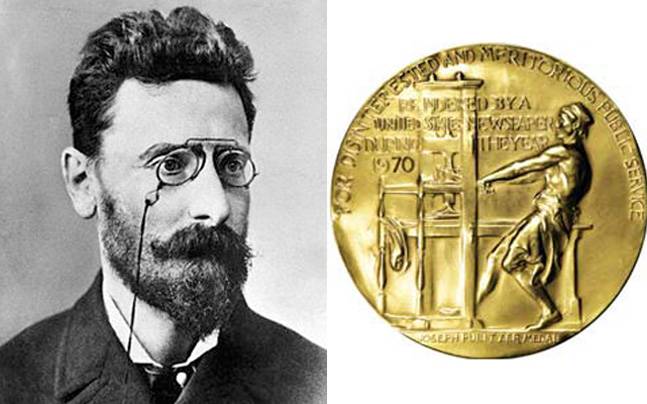 In April 2018, Kendrick Lamar made Pulitzer history as the first rapper to win the music award that had been long reserved for classical and jazz artists. Lamar’s win was met with both applaud and hostility. There were those who rallied behind the decision. Many agreed it was the time that R&B and hip-hop, the most consumed music in the U.S., were acknowledged as a genre worthy of the prize.

And then there were others who thought the Pulitzer panel had lost their wits – not for recognizing R&B and hip-hop, but for awarding an individual who neither had any formal training nor mastered a musical instrument.

However, this indeed isn’t the first time skepticism has surrounded the Pulitzer Prize. In 2008, the Pulitzer, perhaps in an attempt to reach beyond the classical discipline and jazz, awarded a special citation to musician Bob Dylan for “his profound impact on popular music and American culture, marked by lyrical compositions of extraordinary poetic power.”

Rapper Kendrick Lamar has become the first non-classical or jazz artist to win the Pulitzer Prize for music in April 2018. | Image source: wsbuss.com

The Desire for Pulitzer Power

As with all things sought-after, the prize has had its share of controversies, with the public expressing disappointment over winners and, of course, those who “deserved” the accolade yet were “snubbed” time and time again.

The Pulitzer Prize has become such a coveted award that some people were willing to disregard professional integrity and risk journalistic credibility by fabricating stories and faking the news. Such was the case with the Washington Post’s Janet Cooke who was stripped of her 1981 Pulitzer after confessing her award-winning story about an 8-year-old heroin addict was a complete lie.

The Washington Post has since redeemed itself by being nominated for the Pulitzer many times since then. And in 2014, it won the Distinguished Public Service Prize for their series of stories based on leaked documents exposing the National Security Agency’s global surveillance programs. And in 2016, the Washington Post would win again; this time, for the National Reporting category. The Pulitzer 2018 was also awarded to the Post’s David Fahrenthold who covered the 2016 U.S. presidential campaign and questionable charitable claims.

Last year, Pulitzer winners and board members gathered at the Pulitzer Centennial kickoff event at the Newseum in Washington D.C. | Image source: editorandpublisher.com

Over the past ten decades, the Pulitzer Prize has been awarded to many of the most excellent journalists, writers, poets, and musicians of their time. But because genres continue to evolve, and people come to embrace literature and music outside the confines of conventional, we will continue to hear about people “robbed” of the prize just as much as we will see powerful moments of those who make Pulitzer prize history.