The Alluring Populism of Art Toys

There are art collectors, and there are toy collectors. There was a time when those two would never be confused. However, toy designers and collectible toy enthusiasts have long argued that designer toys are a true art form — likening the medium to sculptures. And just as art can carry emotional value, so do toys in the way they spark joy and trigger a sense of nostalgia.

Today, we see designer toys in all shapes and sizes penetrating the contemporary art market and commanding hefty price tags. And let’s not ignore the slew of internationally renowned artists that have used toys as inspiration to create artworks — from Jeff Koons’ inflatable toy sculptures to Takashi Murakami’s larger-than-life cartoonish figures. There’s also pop-surrealist Ron English and Franz Kozik whose vinyl toys are highly-coveted by collectors.

Successful LA-based contemporary artist Josh Mayhem credits designer toys (or “art figures” as he likes to call them) as influencers for his aesthetics. Mayhem’s obsession with street art culture and collecting led to an artistic journey that would win him the Custom of Year award at the 2019 Designer Toys Awards, along with many solo exhibitions and collaborations with world-renowned designer toy artists.

For most people, the most identifiable art toy sculpture is KAWS, the New York-based artists behind the massive Mickey Mouse-shaped works. KAWS’ well-known character is named “COMPANION,” which has taken many forms — including an enormous 11-story inflatable and an 8-foot sculpture. With figures made from bronze, aluminum, fiberglass, rubberized synthetic fabrics, and wood, KAWS creates a diverse collection of works. KAWS paintings have sold for millions of dollars at auction, and his large-scale sculptures sell for tens of thousands. However, even his art figures command attention. The artist’s 9.5” plastic figure named ‘Accomplice – Pink’ goes for $15,180, while his 10.7” wooden figure called ‘KAWS Karimoku Companion’ has an estimated value of $22,280.

What Started It All?

Older millennials and Gen Xers will tell the younger generation that art toys are not a new concept. Toy manufacturers have tried to change public perception to give toys the status of art for decades. But while the art toy subculture has had a solid following since the 90s with its growing vinyl figurine collectors market, the niche’s inspiration began in the 70s — when Sanrio stumbled into success when it used the now-iconic Hello Kitty as its “mascot” for a branding strategy.

Decades later, Hello Kitty has gained status and worldwide recognition that rivals Mickey Mouse and Snoopy. When Hello Kitty was first “born” in 1974, her line consisted of toys and stationery items. Today, you can barely name a product that hasn’t featured Hello Kitty, including clothes, instruments, food items, and kitchen appliances. And one of the most expensive Hello Kitty items to date includes a Hello Kitty doll encrusted with diamonds, topazes, and sapphires and valued at $121,800.

Even the “father of kawaii,” Sebastian Masuda, makes it no secret how heavily influenced he was by Hello Kitty. Masuda is the catalyst that catapulted the “kawaii” cultural phenomenon into the global stage. The contemporary artist first opened 6%DOKIDOKI, a clothing and accessories shop, in Harajuku Tokyo in 1995. However, Masuda’s shop went beyond fashion; it became a tool for spreading colorful street culture.

The concept of cuteness had a heavy influence on the art world, touching everything from street fashion and music to product design and even food. And art toy creators were not immune to the craze as we witnessed an uptick in the production of collectible vinyl toys with kawaii aesthetics. Twenty years after Masuda first opened 6%DOKIDOKI, he would pay tribute to his inspiration with a 9-foot Hello Kitty sculpture installed in Manhattan and displayed in numerous cities over the next five years.

But while it is Masuda who carries the title of “father of kawaii,” it is Hong Kong-born designer Michael Lau that has been dubbed the “godfather of designer toys.” In 1999, Lau shared his passion for toys as an art form through his Gardener series. The solo exhibition, which was held at the Hong Kong Arts Centre, featured a total of 99 12-inch action figures. His work gained global attention and became a catalyst for collectible designer toys. And like Masuda, who credits Hello Kitty and KAWS whose character resembles Mickey Mouse, Lau is not shy about his passion for vintage G.I. Joe action figures, which influenced his distinctive art style.

“All art are toys, all toys are art.” – Michael Lau

It was also in the Harajuku district that entrepreneur Paul Budnitz was struck with the idea for a business opportunity. Fascinated by the district’s small art toy movement and the rarity of the custom-made toys, Budnitz would launch Kidrobot in 2002 — a brand that would introduce the vinyl art-toy movement to the U.S. and Europe. In 2018, Budnitz founded Superplastic, another company making limited-edition art toys.

Are Art Toys Next for Art Collectors?

Urban vinyl, designer toys, toy art, designer plush — other names that art toys go by seem to get added to the list as the fascination in the art form grows. Using materials like vinyl, wood, plastic, resin, latex, and metal, there’s no denying that the art toy creator’s process is that of an artist. And many designer toy artists are self-taught or have creative backgrounds through graphic design and fine art.

The vinyl art movement transformed collecting culture, changing the art world’s perception of toys. Toys, which are marketed to kids, now have an adult audience. And with a growing market willing to invest in works that spark sentimentality, it’s unlikely that the trend will fade anytime soon.

Critics can continue to question where to draw the line between art and toys. However, audiences and artists don’t seem to need to define boundaries. Art, after all, is in the eye of the beholder. And behind the popularity behind art toys is the thriving culture that fuels it.

Masuda once explained his desire to open his shop in the Harajuku district “as a means of expression because it is a continuous place where complete strangers can directly evaluate my work (products) on a buy-sell basis, as opposed to a stage or an exhibition, which has a more intimate feel and a shorter duration.” And even an art critic can’t argue that this intention can be compared to that of any emerging artist seeking an audience and the acknowledgement that their expression is art. The Alluring Populism of Art Toys 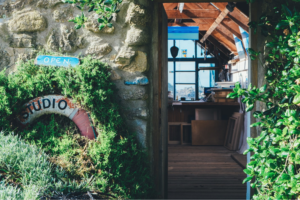 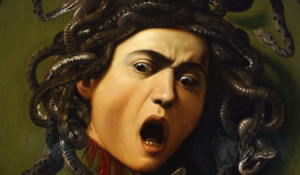